Night vision is technology that makes it possible to see in low light conditions or total darkness. This technology has a wide range of applications. For instance, it may be used for military operations, surveillance, search and rescue, as well as nighttime driving, flying, or wild life observation. Some of the devices that use night vision technology include riflescopes, night vision goggles, binoculars/monoculars, as well as still and video cameras. Here, we’ll compare Gen 1 vs Gen 2 night vision device technology.

Have you ever wondered if night vision works or whether it could just be another farfetched idea from science fiction movies? If so, the fact is this technology exists and it works extremely well. With the best NVDs (night vision devices), you can see a person standing up to 200 yards away on a cloudy or even moonless night. So, how does night vision work?

In order to understand how it works, you need to know more about the different types of night vision technology. Generally, night vision can be grouped into the following three main categories: 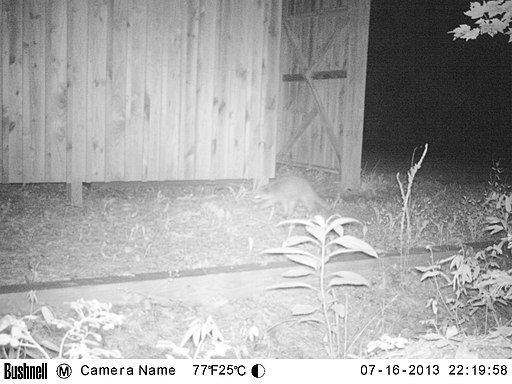 Active illumination is one of the oldest forms of night vision technology. In this technique, a projection unit known as an Infrared (IR) illuminator projects a beam of shortwave or near infrared light to the field of view, just as a flashlight would function. Despite being invisible to the human eye, shortwave infrared boosts vision in low light as it bounces off objects and reflects back to the lens of a night vision device. Night vision gadgets (and trail cameras!) with IR illuminators can have a spectral range or wavelength of between 700 and 1000nm.

The biggest drawback of night vision devices that use active illumination is that they are easily detectable by other people using near-infrared viewing devices. For this reason, military forces rarely use infrared illuminators to carry out nighttime operations as such gadgets could easily give away a soldier’s location to the enemy.

That said, however, active illumination does have its advantages. For starters, it is the least expensive type of night vision technology. What’s more, projecting a beam of near infrared to the field of view not only eliminates shadows and variability of ambient light but also helps to generate images with higher resolution than other night vision technologies.

Unlike active illumination, image enhancement technology simply amplifies ambient light (from sources such as the stars and moon) to achieve better vision in dark settings. Most digital night vision devices apply this technology, including gadgets used by military forces. Since no additional illumination source is required for purposes of projecting a beam of infrared light at the field of view, image enhancement is sometimes referred to as low light imaging or passive night vision. Devices that apply this technology operate with a special vacuum tube called an image intensifier tube to collect and amplify ambient light. The following is a basic overview of how image intensifiers make night vision possible: 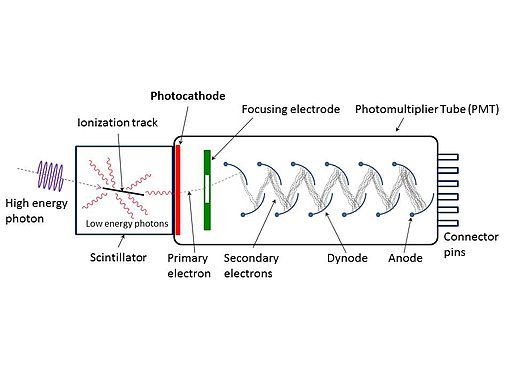 All collected light is channeled through the image intensifier tube. The tube generates up to 5000 volts to power its components. Depending on the type of night vision device, systems with image intensifiers can either use two AA or N-cell batteries.

As light enters the image intensifier, the photocathode tube releases electrons. An electric field increases the energy of electrons, allowing them to strike a micro channel plate and accelerate at high speed through tiny microscopic holes. This process multiplies the original electrons several thousand times.

At the end of the vacuum photocathode tube, the accelerated electrons hit a green phosphorus screen. Since electrons that pass through the intensifier tube maintain the same alignment as original photons, they are translated into perfectly formed images that can be viewed through an ocular lens or electronic monitor.

Night vision systems that use image intensifiers can create high-resolution images. These systems also use low power and are very affordable. However, they require a minimal amount of ambient light to function and therefore it would be impossible to use them in total darkness.

Different from the image enhancement method, thermal imaging does not rely on any source of light. In fact, this is the only night vision technology that allows users to see in total darkness. It works on the principle that all objects emit radiant heat or infrared energy due to the constant motion of electrons within atoms. When electrons get excited enough, they release energy in the form of a photon, a particle that represents a quantum of light. Based on this concept, thermal imaging devices detect the difference in temperature between background and foreground objects. Thermal sensors then process heat signatures of various objects in order to generate electronic images for the viewer.

Here is a rundown of how any typical thermal imaging system would function:

The lens of a night vision device focuses its lens on a field of view to collect infrared radiation emitted by all objects.

A phased array of infrared sensors then scans the light in focus to create a detailed pattern temperature called a thermogram. This information is collected from thousands of points in the field of view. It only takes the split of a second for the detector array to obtain temperature information and generate a thermogram.

Once a thermogram is created, this information is then translated into electric impulses. A circuit board, better known as the single-processing unit, receives the electric impulses to translate the information further and finally sends it to the display where viewers see the shape of objects in various colors depending on the intensity of infrared emission.

Since thermal imagers operate without a source of illumination, they are the best to use in the darkest of conditions. These systems can also see through see through rain, light fog and smoke to a certain degree. Keep in mind though that there are two types of thermal imaging sensors, namely cooled and un-cooled. Both types of detectors have their own set of pros and cons, so it is advisable to weigh your options before investing in any type of thermal imaging system.

Night vision has been in existence for more than 4 decades. Over the years, manufacturers have continued to improve this technology with the aim of developing better devices. Each substantial progression in night vision technology always gives rise to a new generation of devices. For instance, two of the most common night vision gadgets belong to either generation 1 or 2. So, when comparing gen 1 vs gen 2 night vision, what is the difference between these two generations of technology? Read on to find out.

The 1st generation of night vision depends on image intensifier tubes. As described earlier, such systems amplify light several thousand times to facilitate vision in the dark. First generation passive night vision devices were widely used in the Vietnam War and their inherent characteristics include:

If interested, you can find several night vision products reviewed here on ScopesHQ!